Our mission is to reduce breast cancer mortality in the Washington, DC area by promoting access to breast cancer screening, diagnostics, and treatment to all women regardless of their ability to pay. 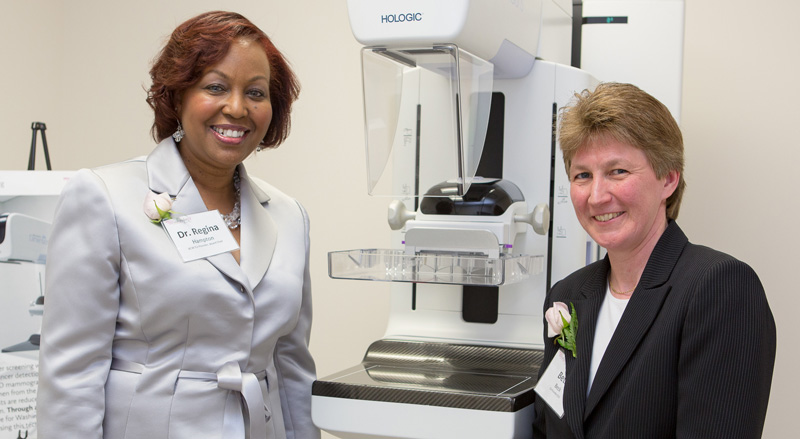 Although White women in the District are more likely to be diagnosed with breast cancer than African American women, African American women are more likely to die from breast cancer than White women. The suburbs of Maryland and Virginia also have higher than average incidence rates of breast cancer with segments of the population ineligible for state-based health assistance. There is no mammography facility in District Ward 7 and the only other mammography facility in Ward 8 lacks 3D technology and does not routinely accept uninsured women.

Breast cancer screening in the District of Columbia takes place in an environment where a highly fragmented healthcare system is the current norm and patient care coordination is problematic. In addition, serious transportation barriers exist to medical care due to the geographic boundary created by the Anacostia River, which separates Wards 7 and 8 from the rest of the District. Breast Care for Washington was designed to address all of these problematic issues hindering women from receiving the breast care they need.